Fantasy books are perfect for transporting you to another world and forgetting about reality for a while. For some, the best selections feature long series that keep them reading book after book. These reads develop careful details about the rules of magic, or of the realm, and keep you entranced and falling in love with an alternate universe and its characters … long after you’ve reached the end.

Books can be found on one of our e-library apps, OverDrive and Hoopla, as well as the online catalog. Most titles are available in several formats, including e–book and audiobook. Don’t have a Pickerington Public Library card? Apply for an online-access card today!

“Dragon Masters,” by Tracey West: Eight-year-old Drake is taken to the king’s castle to learn to be a dragon master. He and his new friends learn how to connect with their dragons and discover their hidden powers. This series is great for fans of Magic Tree House, with fast-paced plots and beautiful illustrations. Plus, the fifteen books and counting provide countless nights of bedtimes stories! Start with No. 1, “Rise of the Earth Dragon,” on OverDrive.

“The Last Firehawk,” by Katrina Charman: A young owl and his squirrel best friend set out on a quest to stop an evil vulture from destroying their magical land. They go on a quest to find a rare Firehawk and team up to fight the darkness. Filled with lessons of friendship and hope, this series is exciting and adventurous. Start with No. 1, “The Ember Stone,” on  OverDrive.

Other great fantasy series for children:

“Septimus Heap,” by Angie Sage: Septimus is the seventh son of a seventh son, which gives him special powers and a future as an ExtraOrdinary Wizard. He and his sister Jenna, who has an important destiny of her own, fight against injustices in the kingdom and discover their full powers. This series is a fantastic mix of adventure and family, excellent for fans of Harry Potter.  Start with No. 1, “Magyk,” on OverDrive and Hoopla.

Other great fantasy series for tweens: 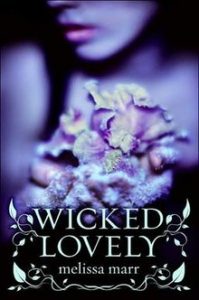 “Wicked Lovely,” by Melissa Marr: Aislinn can see faeries. She’s always been able to see them, and she’s always known the rules: Don’t stare at invisible faeries. Don’t speak to invisible faeries. Don’t ever attract their attention. This series subverts the usual paranormal romance tropes, and even though there’s plenty of romance it will keep you guessing the whole way. I love that Marr switches between multiple points of view so that readers can root for every character, even the supposed villains. This series also includes a short story collection, manga spin-off series, and a newly released prequel novel!  Start with No. 1, “Wicked Lovely,” on OverDrive and Hoopla

“The Shattered Realms,” by Cinda Williams Chima: After Ash witnesses a terrible crime, he flees his duties as Prince of the Seven Realms to train as both an assassin and healer. Meanwhile, commoner Jenna is just trying to survive as the king of a neighboring country hunts for a girl with a mysterious birthmark and decimates local villages in the process. Ash and Jenna’s worlds collide in an epic tale of political intrigue and magic. This series is set twenty years after Chima’s Seven Realms series, and her worldbuilding is rich and nuanced after thousands of pages of development. You don’t have to read the Seven Realms first, but you’ll recognize some cameo character appearances if you do! Start with No. 1, “Flamecaster,” on OverDrive or Hoopla.

Other great fantasy series for teens: 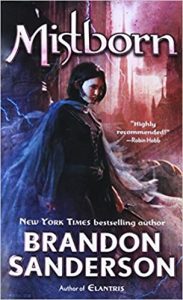 “Mistborn,” by Brandon Sanderson: In a world where mages can use certain metals to gain specialized abilities, the strongest is the Mistborn who can work with all kinds of metal. In a kingdom plagued by a powerful mage-emperor and mysterious wraith-like creatures, Vin is a young girl taken in by a rebel group led by a Mistborn named Kelsier. As Kelsier trains Vin in her growing powers, they turn their attention to overthrowing the vicious king and saving the realm from destruction. Brandon Sanderson is the James Patterson of fantasy, with multiple epic series to keep you reading for hours. I especially liked Mistborn because, although it is violent (it is about overthrowing an empire, after all), it lacks the needless sexual assault that is too common in many adult fantasy series. Start with No.1, “The Final Empire,” on OverDrive.

“October Daye,” by Seanan McGuire: Half-fae changeling Toby doesn’t want to be a hero. Really, she doesn’t. But her sense of justice means she can’t abandon someone in need, and so she finds herself called upon by the fae of San Francisco to solve murders and kidnappings—and often times running into trouble with more personal stakes. She is joined by a delightful cast of allies, and McGuire’s characterization and worldbuilding are exquisite. McGuire is deeply influenced by Shakespeare and classic folklore, and it shows. The series currently has thirteen books and counting, plus a smattering of novellas and short stories that develop the world beyond Toby’s point of view. Although there are hints of romance, it takes a backseat to the kingdom-shattering conflicts and themes of family by both blood and choice. Start with No. 1, “Rosemary and Rue,” on OverDrive.

Other great fantasy reads for adults:

X
COVID-19 UPDATE:  All Pickerington Public Library locations are following county safety levels as approved by the Library Board of Trustees. *Safety protocols in place; masks required at all times (ages 2 and up), no food or drink allowed. *As a reasonable accommodation, curbside pickup service available. Additional information: Book drops are open for returns. Returned items are quarantined before we check them in. Your returns will remain on your account and may appear as overdue during that time. However, we are fine free and you will not incur any fees.
¤